IAGO represents and promotes abstract strategy games. These are games which are minimal on rules (reduced rule size due to minimal rules usage for theming and chrome), and heavier on strategy and tactics, with a focus on testing player’s skills. Abstract strategy games are noted for their minimal to no involvement with luck (luck here can be considered to be derived from a randomizer element or non-perfect information). However, if luck is present, the skill of players will offset the luck element a very large percentage of the time.

In abstract strategy games, the objective of each player is to make game conditions more favorable while making them less favorable for their opponents. From an IAGO perspective, this is done by players manipulating pieces (pieces here can refer to actual pieces, or tiles or possibly cards). These pieces relate to one another and are used to represent game states that is a way to provide perfect information to all players in the game. If a game doesn’t involve this, it is not considered an abstract strategy game from an IAGO perspective. Because of this, games like Nomic, or the theoretical Glass Bead Game or Rock, Paper, Scissors are excluded from IAGO. A card game like Mate could be included, eventhough it is card based, due to it having perfect information, and no luck.

Outside of abstract strategy games, which IAGO covers, there are these other genres. Here is a list of other genres that are out of scope for IAGO in the form of standalone games. IAGO still can get involved with these games, in the form of hybrid athlon events. Also some games in IAGO may have elements of some of the genres listed below, but these elements would be minor:

– Euros: These games are lightly themed and usually have novel play mechanics and streamlined gameplay.

– Wargames: These games involve war or military conflict, from grand strategy to tactical, that are based on history, science-fiction or fantasy, tied to a specific event or fictional world. These games could also involve card play. While games in the chess family are similar to wargames, wargames differ. In wargames, combat resolution is usually non-deterministic (capture or elimination of a piece by another piece is uncertain), and the games have extra rules for chrome or theming, which are not normally part of abstract strategy games.

– Empire building (Epoch) games: These games involve building and running an empire of a sort.

– Miniatures: These games are a subset of wargames, but with toys and minus the board and spaces.

– Economic and resource management: These involve games that tie somewhat into the laws of economics. Rail games, business sims, and auction games fit here. Managing money and wealth are key here. Also involved here is games manage limited resources and use them to increase their resources.

– Simulations: These games place realism over playability. Economic and wargames can fall into this. Political games, and sports simulations, fall into this category also. Abstract strategy games are NOT simulations, and can be argued to be the opposite of simulations.

– Ameritrash: These games are heavily themed and have gameplay that is centered around the theme. These games value theme over play mechanics, even reducing skill to make theme play out better. These are near opposite of abstract strategy games. A subset of Ameritrash games are beer and pretzel games.

– Negotation/Diplomacy games: These games involve dealmaking with other players. These games measure the people skills of its participants. Cooperative games are considered part of this genre for classification purposes, in this document.

– Party games: These games are just a hook for people to do some fun activity. Dexterity and trivia games would fit here.

– Filler games: These are light games with short playing time. These games and party games are considered “non-gamer games”. Non-strategic abstract games can fit here. Some faster beer and pretzel games would fit in here. A game like rock-paper-scissor would also fit in here or luck category, eventhough the luck is generated completely by player actions. Parlor games, such as charades, would fit here or party games.

– Press your luck games: These games are a subset of filler games, involving players deciding whether to continue or stop.

– Gambling games: These games usually involve wagering. Usually involve low skill and heavy luck (a game like poker is an exception due to the skill required, but such fun as free pokies depends only on fortune). Dice games would be considered part of this category or the press your luck genre. Emphasizes exact opposite of IAGO’s mission.

– Card games: These games are centered around playing cards from a hand, which are concealed. For classification in this document, “cards” is defined loosely and can refer to tiles, as in the case of Dominoes, where players have a concealed hand. Positional play is minor to non-existent in card games. For document definition purposes, Collector Card Games are considered part of this genre.

– Puzzle games: In these games, players race to complete puzzles first. Problem solving is uses in a non-competitive manner, and can be viewed is joint puzzle solving games. These games are noted for a lack of player interaction. It is this lack of player interaction that differentiates them from abstract strategy games. In abstract strategy games, players will discuss strategies for offense and defense. Such discussion is not present in puzzle games (and puzzles).

– Deduction games: These games are a subset of puzzle games, focused on finding and using clues to get at the right answer.

– Word games: These games test the vocabulary of players.

– Athletic sports: Winning these games is based upon dexterity and other skills of athletic prowess. Dexterity games could also go here.

– Role playing: In these games, players play characters and act out roles to advance a story. Played jointly and cooperatively.

– Video games (arcade games): These games are played electronically. Focus of these games usually on dexterity of players. Almost every game can be played in an electronic format. However, for classification purposes in this document, if the game fits into any other genre, it is not considered a video game. Games that are considered in this genre are arcade games, action games, platform jumping, first-person shooters, and real-time strategy games. Also, any game whose rules engine to power the game can only be run in an electronic format on a computer are considered to be video games. 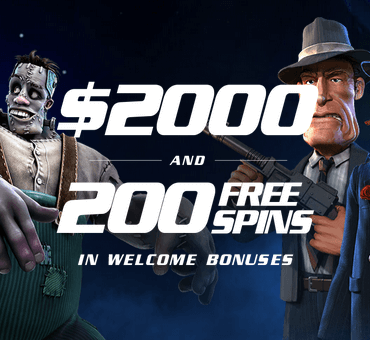 IagoWeb.com uses Cookies to improve your experience. As you continue to browser the site, we consider it as your agreement with the OkSite Policy